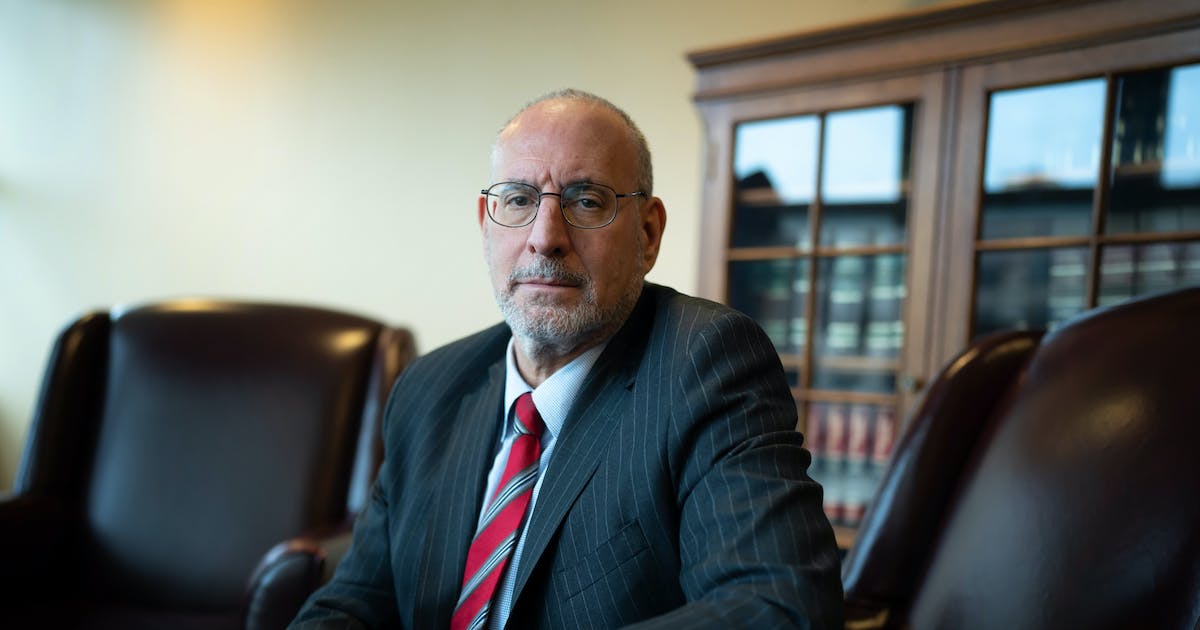 Returning U.S. Attorney Andrew Luger is pledging to use federal law enforcement to curb Minnesota’s still surging violent crime, vowing to roll out a series of new measures in the coming weeks to address it.

In his first interview with the Star Tribune since being sworn back into the office he led from 2014 to 2017, Luger said he plans to roll out a new strategy to counter gun violence and carjacking. The rash of violence is unlike anything the veteran prosecutor encountered during his first term, which was known more for terrorism prosecutions and the discovery of Jacob Wetterling’s remains 27 years after the boy’s disappearance.

“We as a society disagree about a lot of things but the message that I received from everyone I talked to without exception was one of unity around the need to address violent crime,” Luger said of preparing to return to office. “Violence affects everybody, and fear of violence affects everyone.”

Luger is returning to his roots as a federal prosecutor — a career that started in 1989 in New York City. His first term as U.S. attorney under Democratic President Barack Obama ended soon after Republican Donald Trump’s inauguration in 2017 when the Trump administration ordered all Obama holdovers to step down.

Now, the 62-year-old Luger is coming back in the twilight of his legal career after working in private practice for Jones Day in Minneapolis. He will take over an office of 130 employees and more than 65 attorneys, many of whom were hired since Luger left the office.

Luger resumes his role at a time when all of the local divisions of federal law enforcement agencies such as the FBI and the Bureau of Alcohol, Tobacco, Firearms and Explosives (ATF) also are being led by unfamiliar faces since his last stint as U.S. attorney.

“Because of the urgency of the violent crime problem in Minnesota we are all getting to know each other very quickly,” said Luger, who will take part in a formal ceremony Thursday to usher in his new term. “We don’t have months to learn about each other, we have days and weeks at most to coordinate, collaborate and build our strategy going forward.”

In preparing his response, Luger is looking at strategies deployed by nonprofits such as Cure Violence Global, which trains “violence interrupters and outreach workers” to prevent bloodshed in communities worldwide. He also is considering turning to a federal violence prevention program for youth called Project BUILD or ramping up with the group violence intervention program led by the city of Minneapolis.

“From our first meeting, it’s been clear that he’s laser focused on the violent crimes impacting communities across the Twin Cities,” Interim Minneapolis Police Chief Amelia Huffman said in a statement. “It is also clear that he’s going to be a pragmatic, dedicated partner in the work to make our neighborhoods safer and more peaceful.”

William McCrary, special agent in charge of the ATF’s St. Paul field division, said he already has met multiple times with Luger and added that he looked forward “to our continued partnership as we address the violent crime affecting the Twin Cities.”

The Justice Department has recused Luger from its ongoing probe into whether the Minneapolis Police Department engaged in a “pattern and practice” of systemic illegal conduct that was launched in the aftermath of George Floyd’s 2020 murder. Luger’s office will remain involved.

While at Jones Day, Luger helped Minneapolis respond to the federal investigation when his predecessor, Erica MacDonald, was still U.S. Attorney for Minnesota. Luger facilitated a pro-bono agreement with the city in which Jones Day helped respond to subpoenas, negotiate a consent decree and brainstorm police reforms. Minneapolis City Attorney Jim Rowader told the Star Tribune last year that Luger had not worked with the city since Biden announced his nomination in November.

Luger picked Ann Bildtsen, a veteran of the office’s civil division, to serve as his first assistant. The crucial post is charged with overseeing the day-to-day management of the office. Should Luger leave office early, Bildtsen automatically would become acting U.S. attorney until a replacement is confirmed by the Senate.

Ana Voss will continue as the chief of the office’s civil division, a position to which Luger appointed her during his first term. Luger named Melinda Williams chief of the criminal division. She helped lead the prosecution of a massive international sex trafficking conspiracy case in recent years and investigated and prosecuted federal gang cases in Washington, D.C., before her move to Minnesota.

Attorney General Merrick Garland, meanwhile, recently chose Luger as one of 12 people to serve on his Advisory Committee of U.S. Attorneys to report on “matters of policy, procedure and management” involving their offices.

Luger’s road back to the U.S. Attorney’s Office was not without hurdles. Two dozen DFL state lawmakers and scores of community groups led by the Minnesota chapter of the Council on American-Islamic Relations sent a letter to the White House last year opposing Luger’s candidacy. They cited his record of prosecuting nearly a dozen Somali-Americans in terrorism recruitment cases and his office’s related counter-extremism initiatives at the time.

Luger said this week that “no one is talking to me about the past. The urgency of the present is what’s on everyone’s mind.”

Earlier this year, GOP Senate Minority Leader Mitch McConnell held up Luger’s nomination while citing the sentencing of a Rochester man who received 10 years below the maximum penalty for setting a deadly Lake Street fire in the unrest after Floyd’s death.

Luger was not involved in the case but McConnell said he needed to know President Biden’s pick would “not continue this jaw-dropping practice and lessen criminals’ sentences so long as the political violence they commit happens to be left wing.” Luger responded in a letter obtained by the Star Tribune that said in part, “violent crime cases — regardless of motivation — will be prosecuted fully.”

“In Minnesota, we need a U.S. Attorney who pursues justice without fear or favor to keep our families safe,” Klobuchar said in a statement on Tuesday. “Andy Luger has proven he can do just that, which is why I fought to get his nomination through the Senate with bipartisan support.”

Correction:
This story has been updated to clarify that this was Andrew Luger’s first interview with the Star Tribune since returning to the office.